Melbourne metropolis is defined by a rabble of buildings lingering in constructed concepts of usefulness and vacancy. Increasing global economic forces, ownership regimes and corporate acquisitions mean we are faced with the reality that our cities are becoming more like institutions and less like places we participate in culture and debate. In collaboration with a number of young designers, Space-RE-Place challenged exhibitors and visitors to inhabit a static basement of one of Melbourne’s rare Venetian-Gothic inspired buildings. Six installations that thematically responded to the brief were shown for a period of 1 week over the festival. It was the first time the space was opened to the public.

As visitors wondered through the cavernous basement, installations were played out around them, including a projected dance performance that provided a voyeuristic insight into the dancers relationship to the vacant space leading up to the event; a room that considered the commodification of oxygen and therefore the relationship between our disused building fabric and plant-life; a secreting sculpture that attempted to animise the space; a room to hear the sound of space and a room sized flag made of icons found within the space to describe its identity and assert ownership. 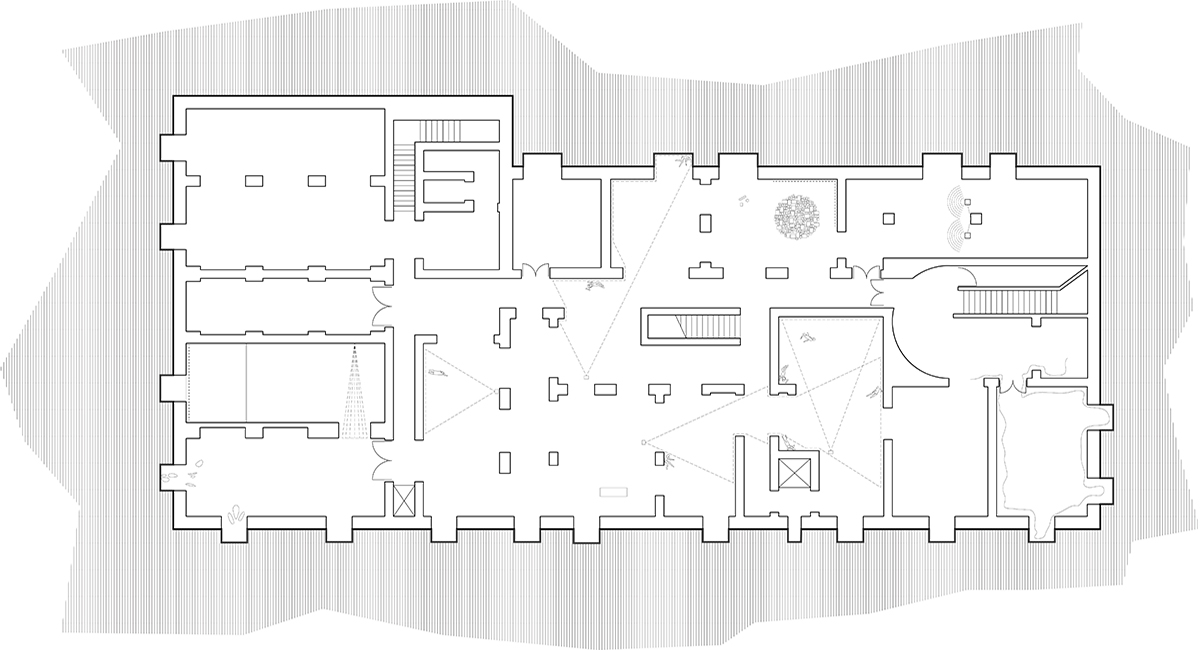