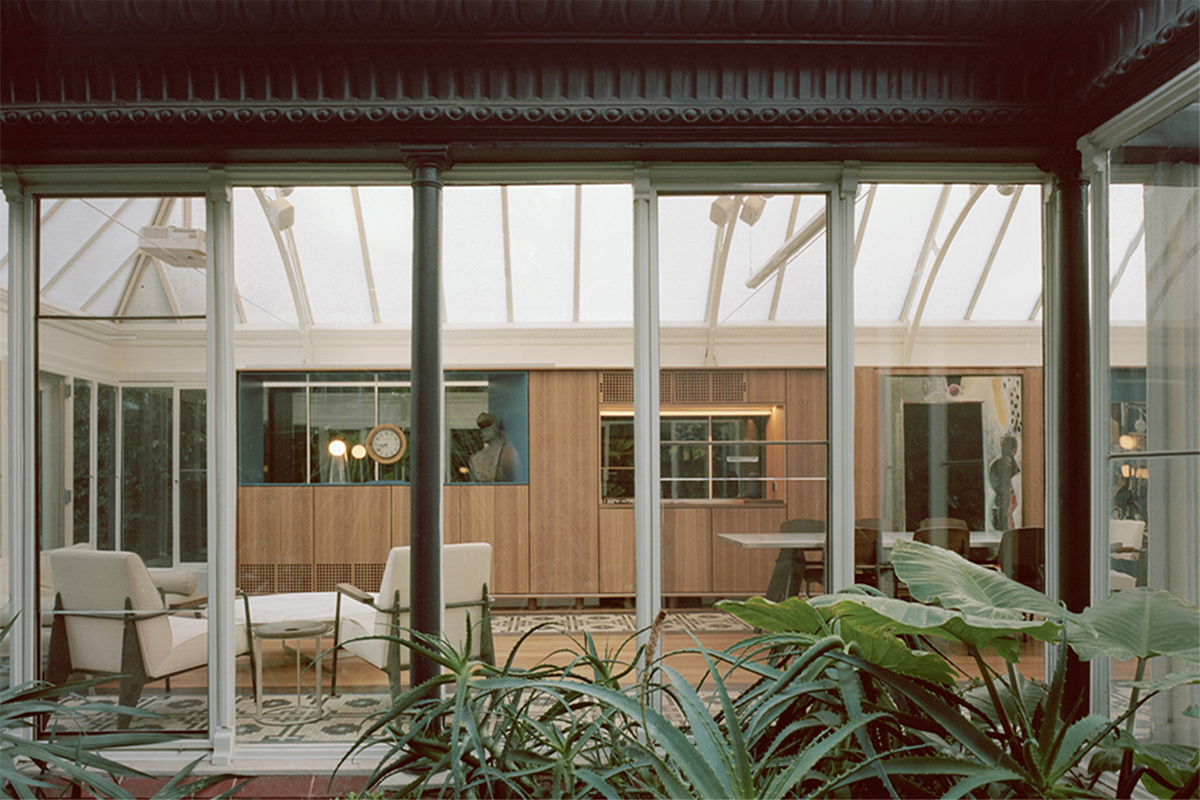 The Boonwurrung people of the Kulin Nation

The former conservatory is believed to have been part of the extensive reworking of a significant Victorian estate c 1890. The conservatory structure has a simple rectangular plan, with a brick base and superstructure of cast iron columns and roof trusses. The hipped roof is surmounted by an elaborately decorated gable structure. Internal ornament comprises pressed metal fascias including an egg and dart style cornice molding, mullion moldings and gable end panels with a rising sun motif.

The client’s brief was to develop a space that respected the structure they had lovingly restored over many years but to open the space up to future possibilities. The original structure was carefully restored by David Wixted of Heritage Alliance. To achieve maximum flexibility we concentrated the required services into a 13 metre long piece of furniture that sits against the southern wall of the conservatory. This piece has many modes of operation to allow different uses within the space to become apparent. Various other smaller interventions articulate the space.

Our clients desired to incorporate their collections of works of art, objects and books among other items into this space. Being of glass construction primarily, display space was integrated onto sliding panels, doors and suspended off custom steel stands to allow them to be on display, but also forming part of functional elements of the design. The kinetic features of the large unit enable the user to change the arrangement of such objects as they desire, and to also edit what is visible and overt and what is hidden and private.

Additions of a smaller nature have been incorporated around the edges of the conservatory interior, for example, a thin, floating breakfast bar that immerses you in the garden beyond, and slight thickenings of the existing base-boards to provide additional display space and hidden storage can be found within.

At dusk the space has the ability to be transformed into a cinema space, when the suspended projector is activated and the open flexible floor is put to good use. The projections create many interesting reflections and refraction that are celebrated by our clients, who understand they don’t live, or desire to live, in a black box. 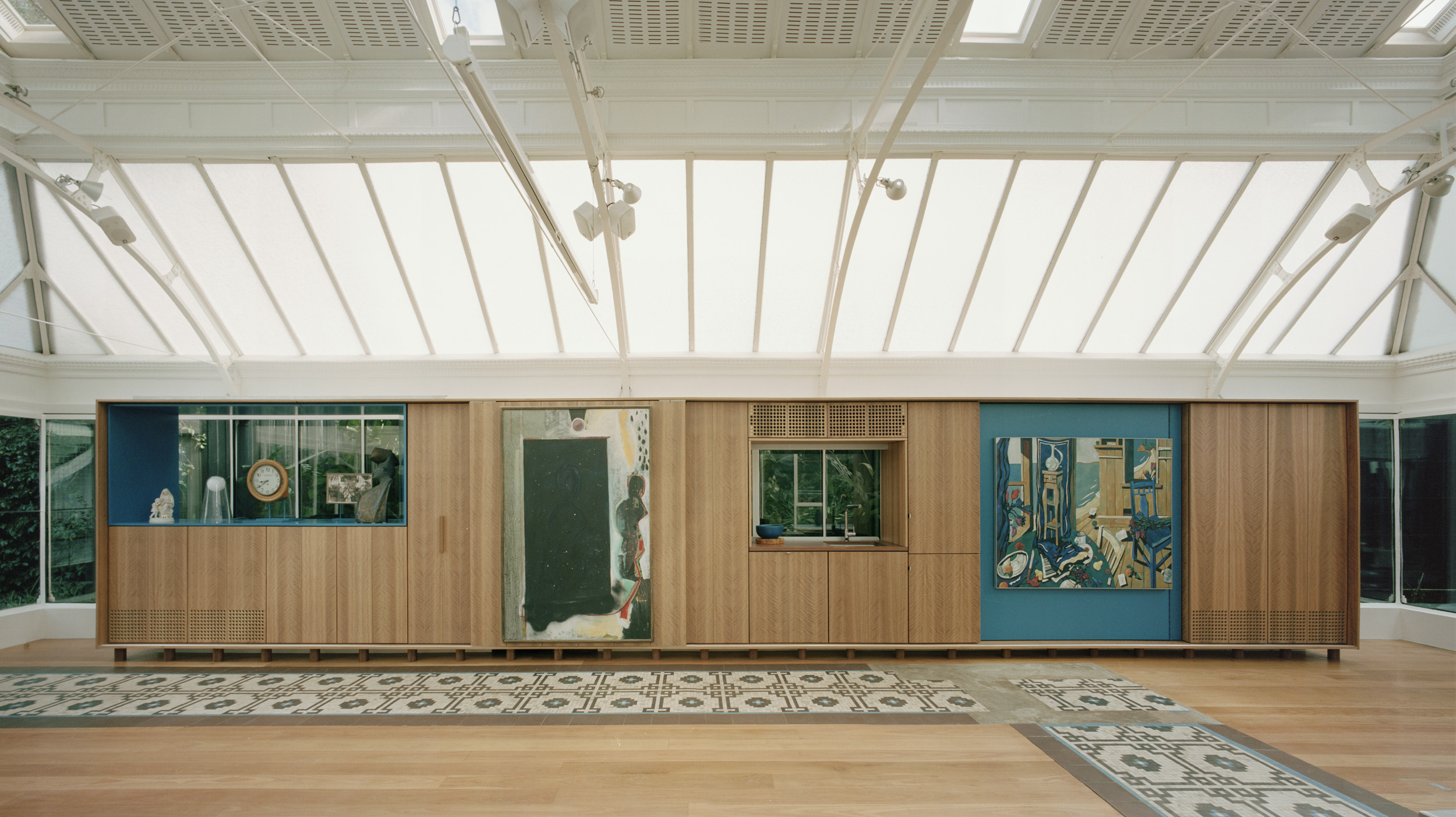 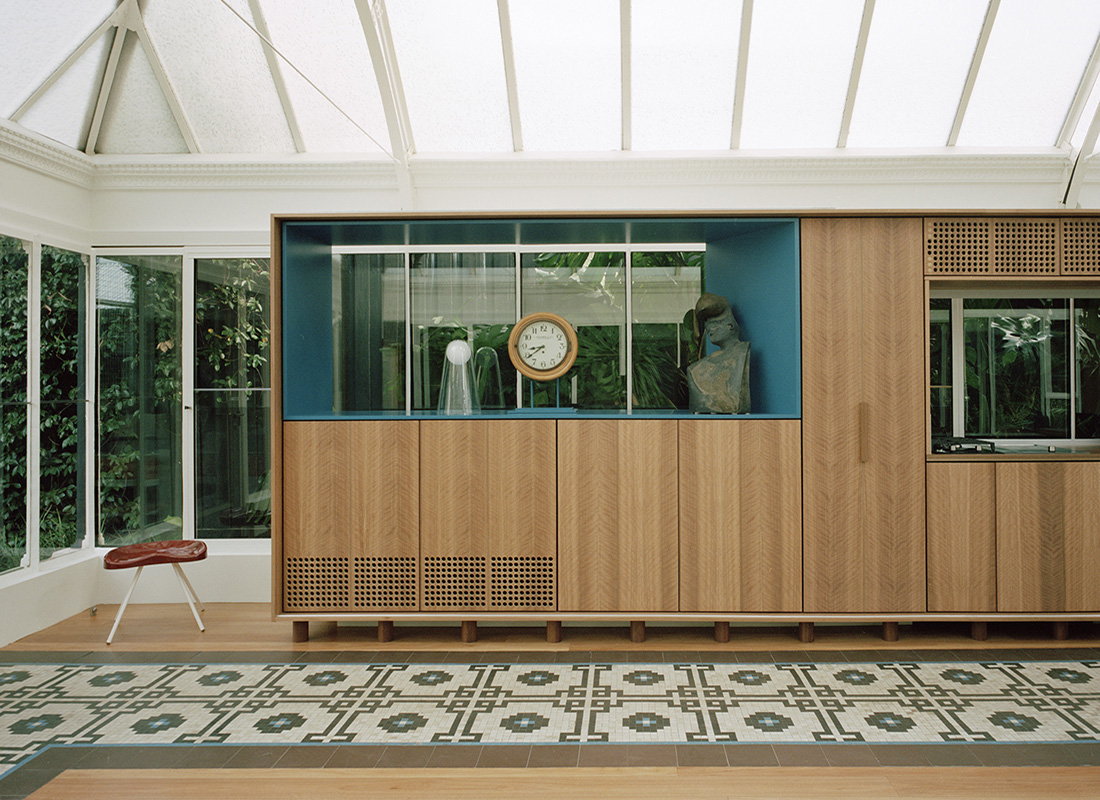 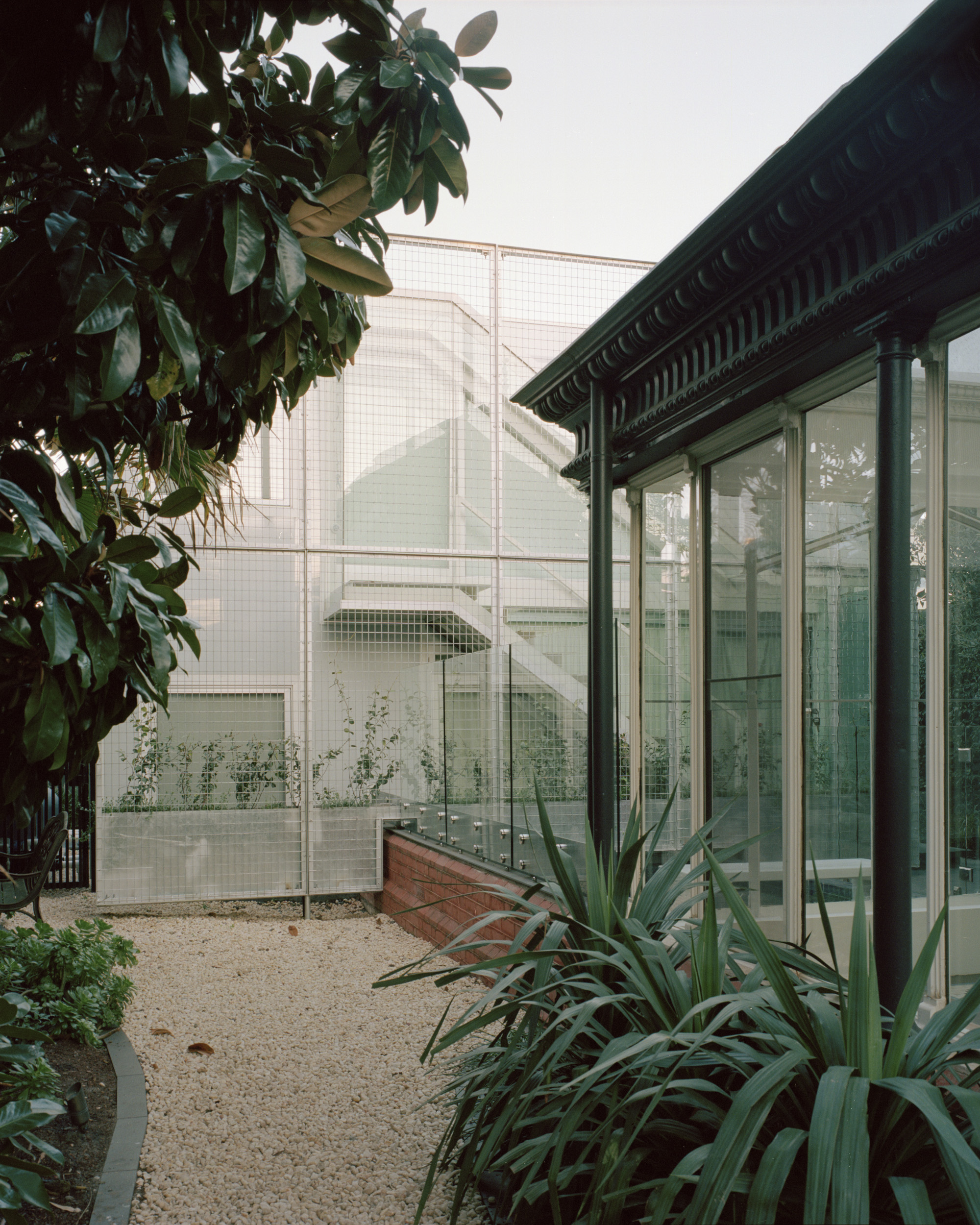 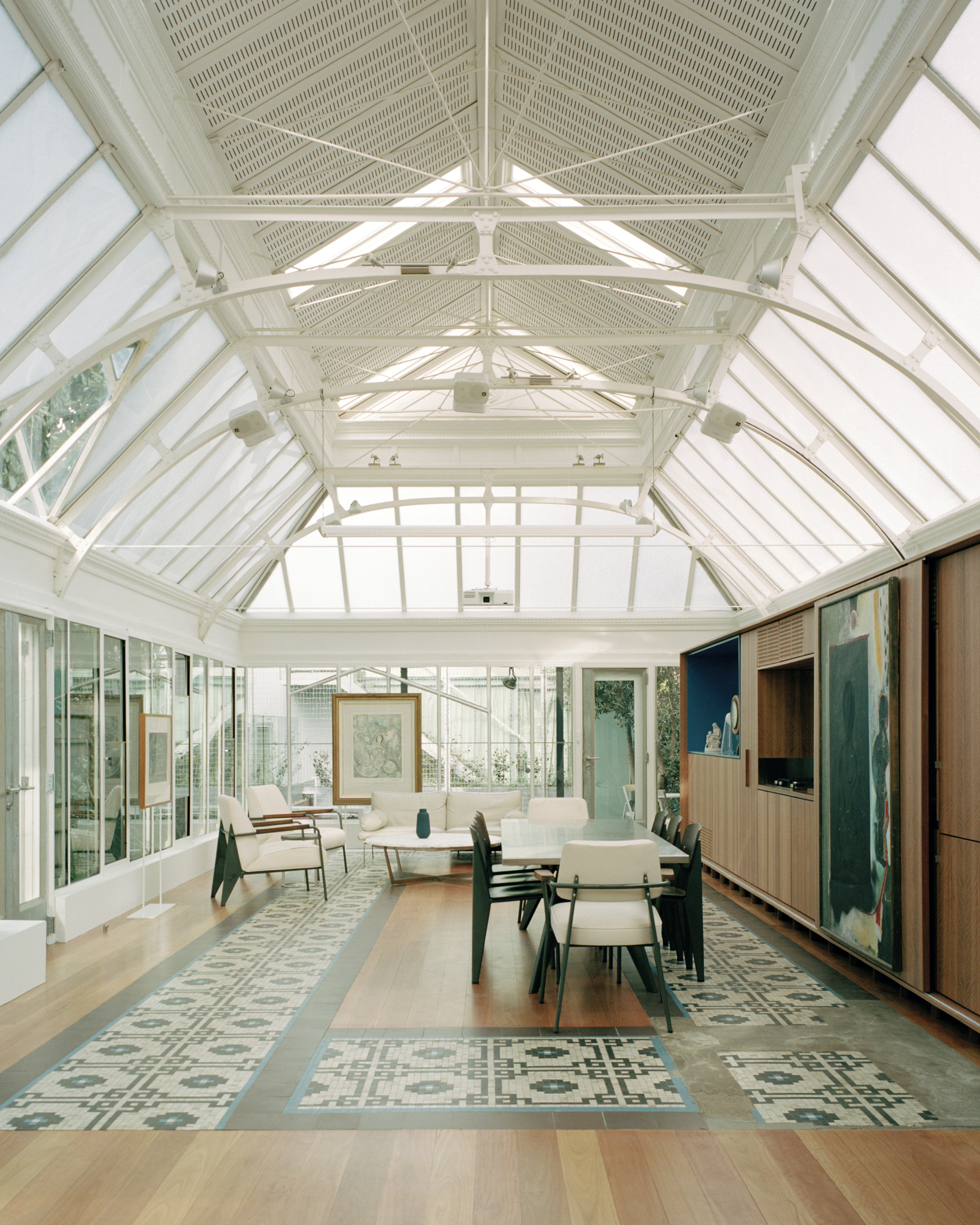 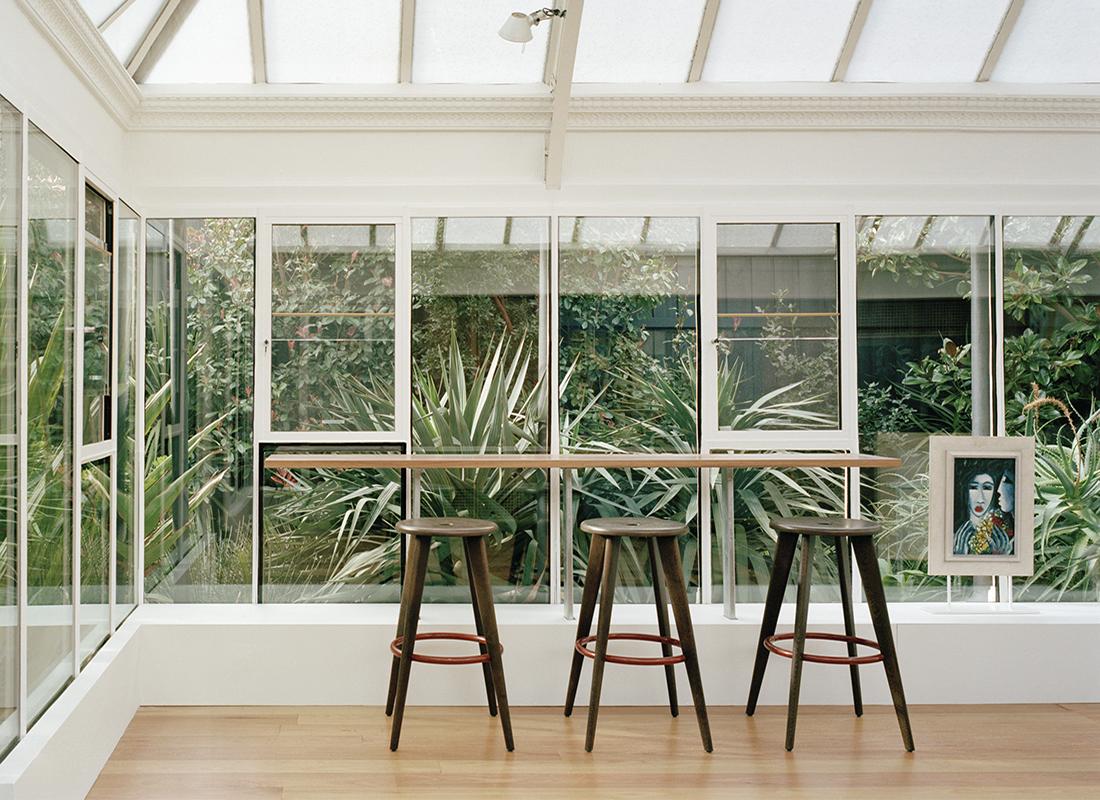 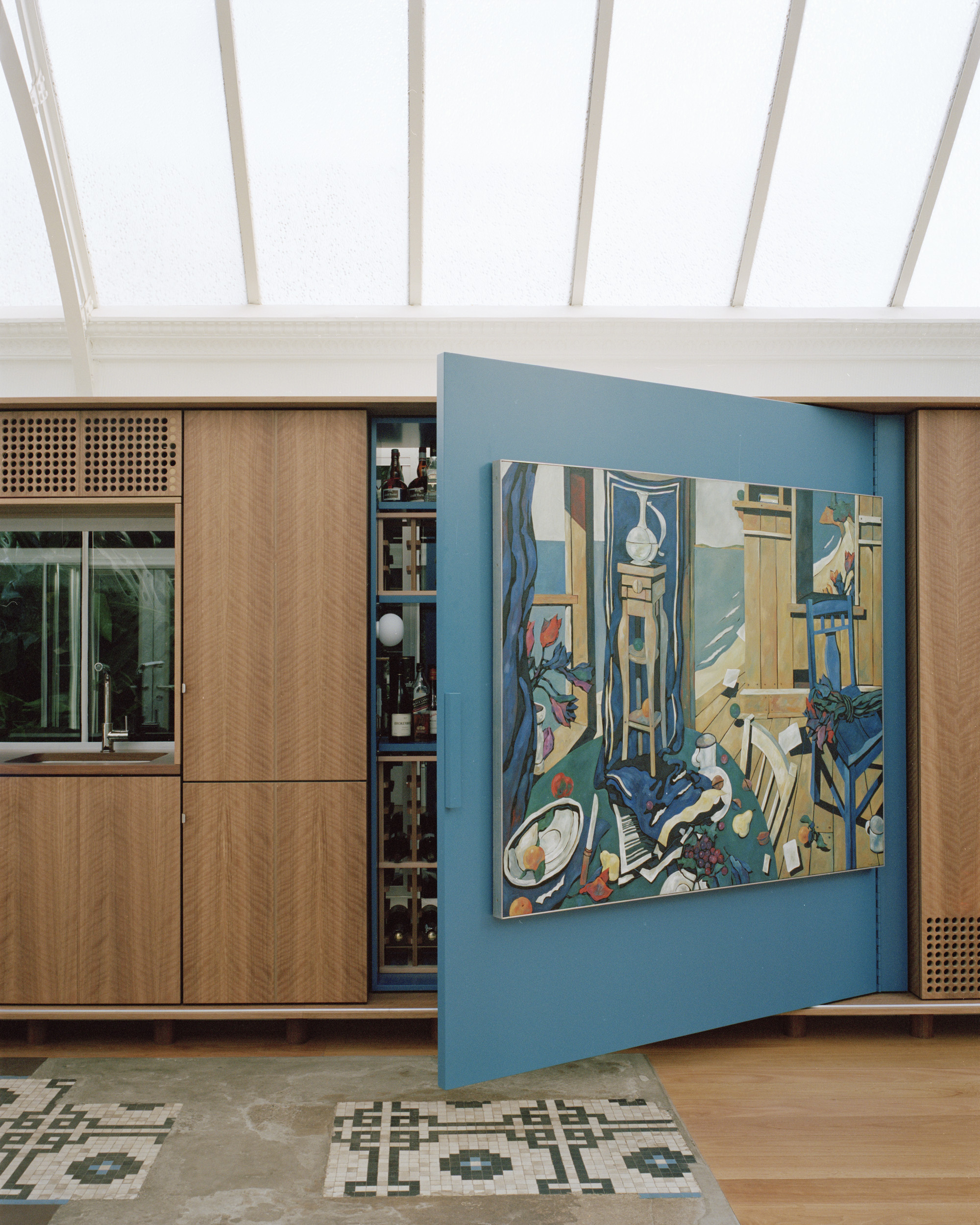 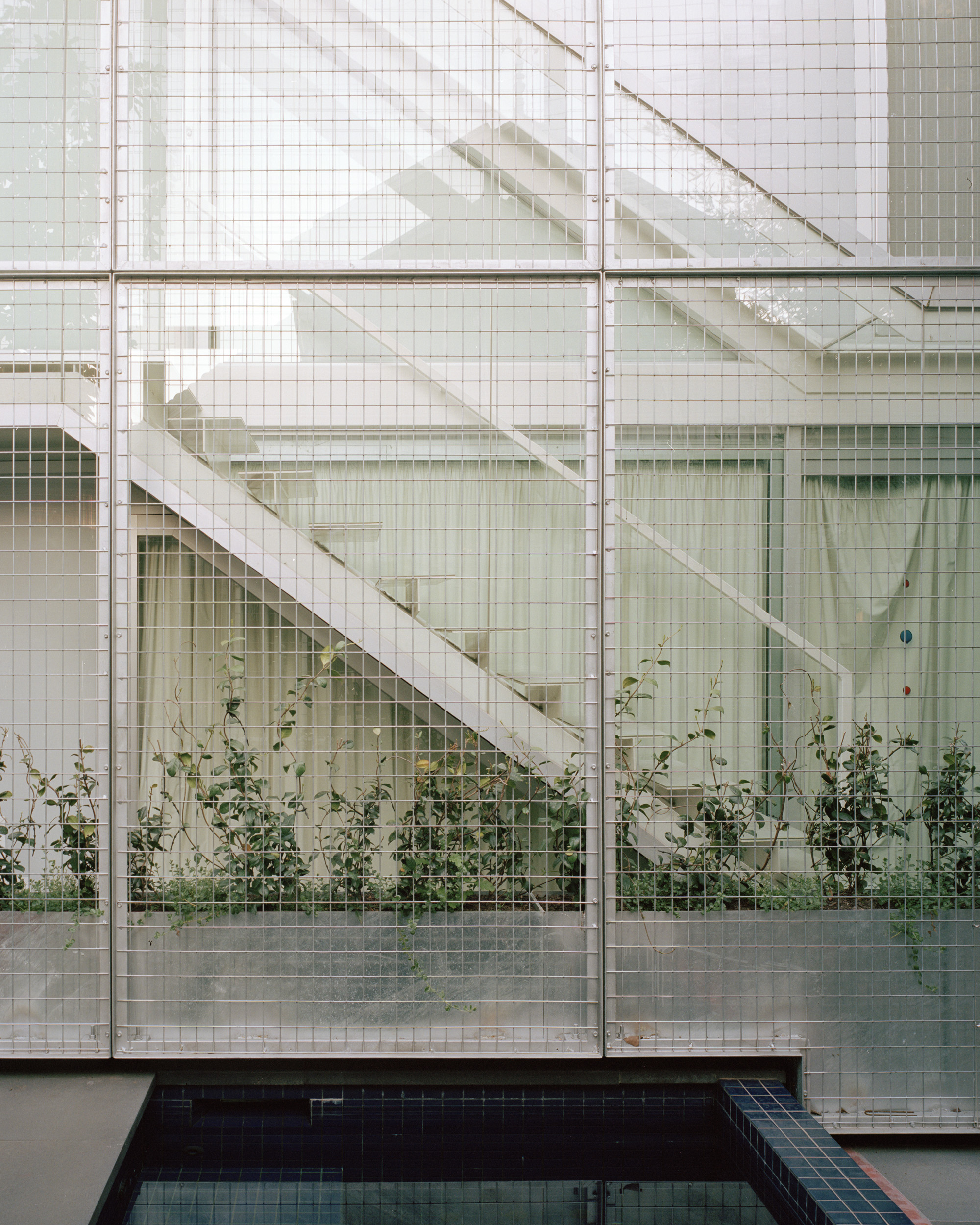 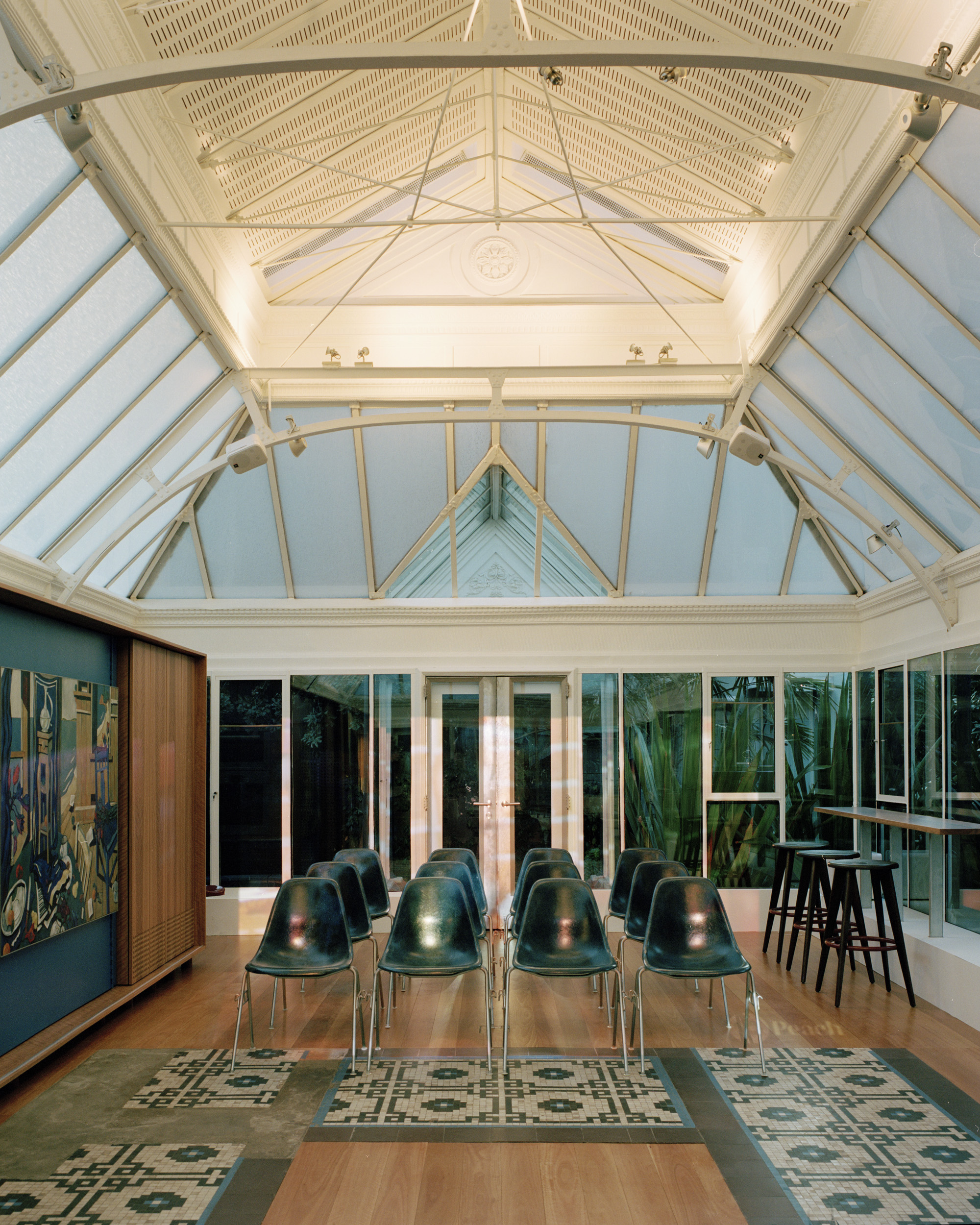 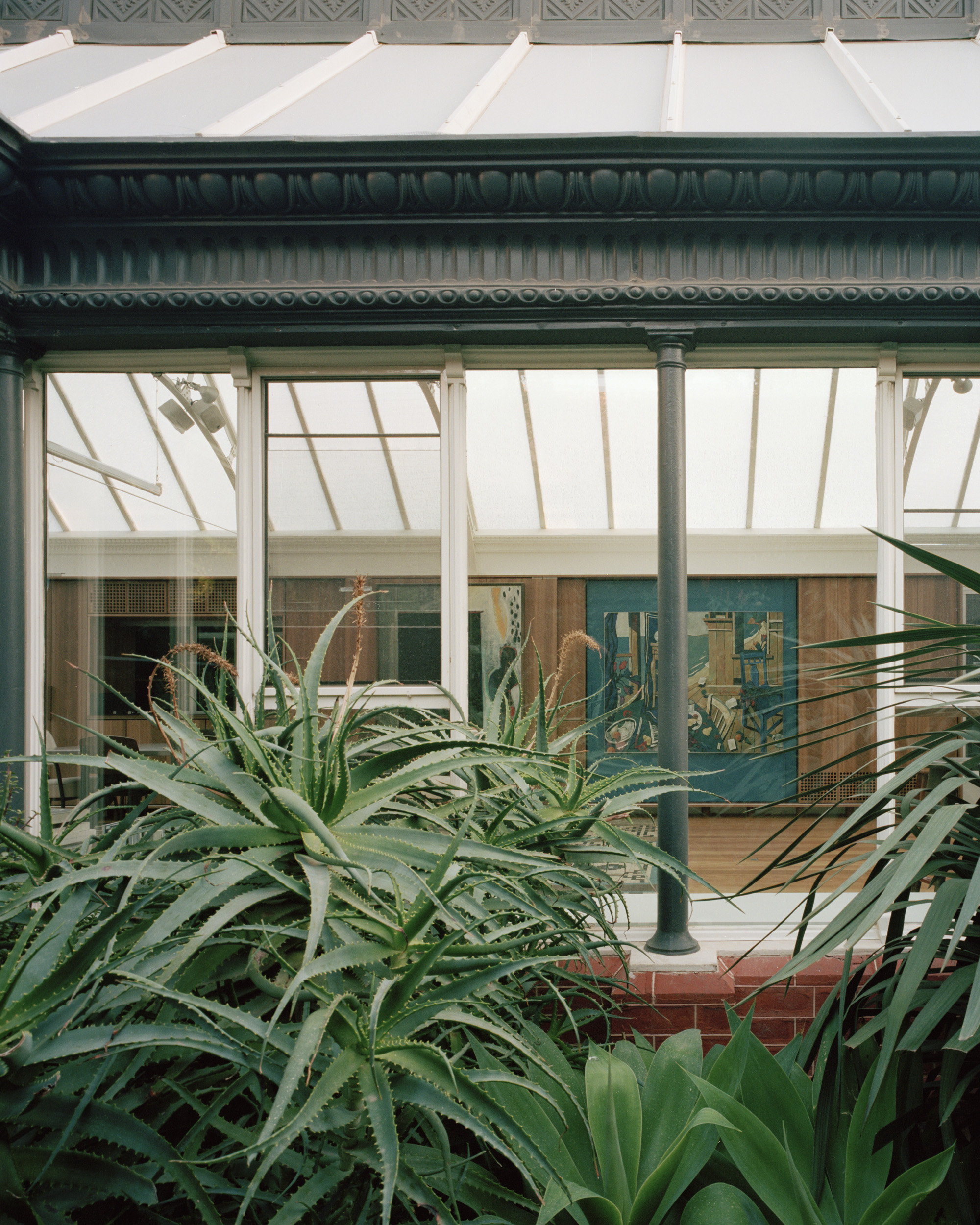