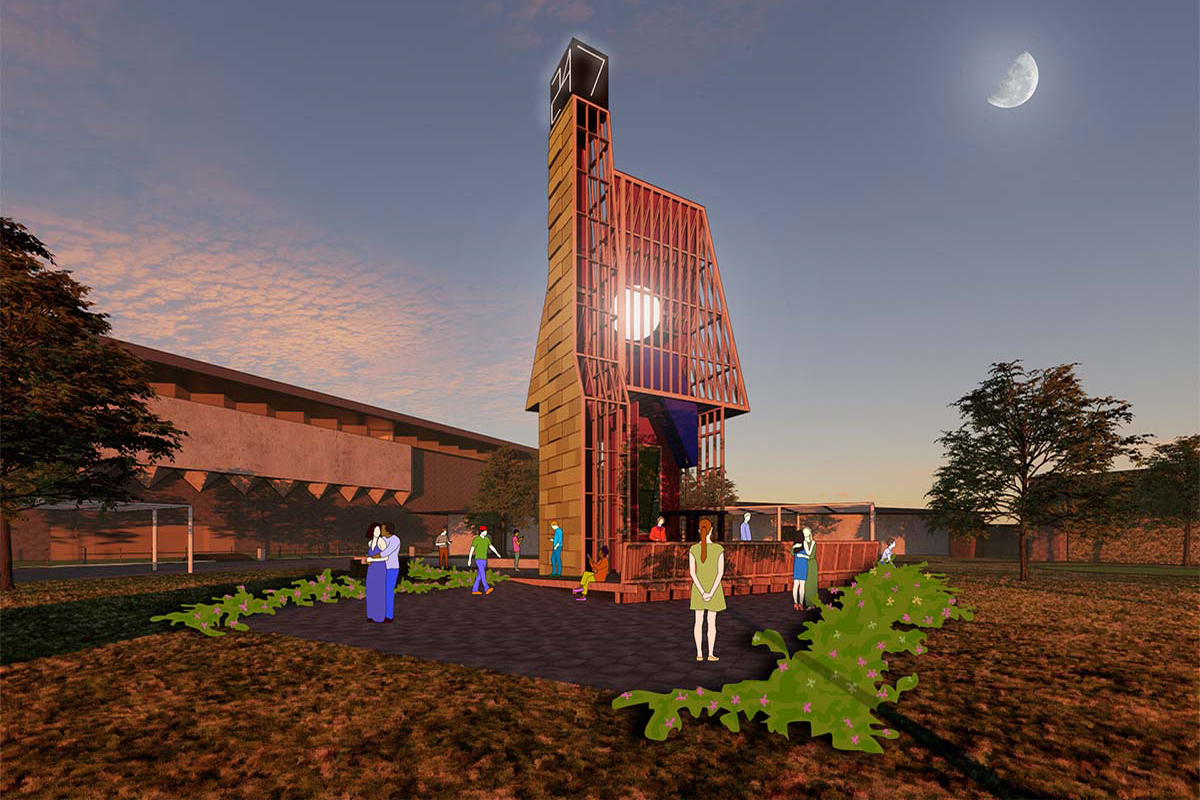 More than a homage, House Party asserts the publicness of our once private abodes. Never before has the home needed to work so hard, for so many. It has become an extension of every act, dream and frustration we’ve collectively felt. House Party provides an opportunity to see the home as the public space it has become.

With rooms a standard size in plan, the structure has been stretched threefold to address the NGV’s civic façade. The peculiar scale becoming apparent only upon approaching, transforming your experience of the expected into one of delight and curiosity. The all-timber structure puts on display this new sustainable construction methodology for large-scale buildings and at the same time harks to the recognisable skeletal form of our suburbs in transition. A nightlight comforts us, echoing the moon in the big sky; as we ask ourselves, what will tomorrow bring?

Sited in alignment with the garden entry from the gallery, House Party conjures a collective image of this familiar type. As one approaches, it becomes apparent that the scale is unusual, certainly larger than anticipated, yet oddly comforting. The home has been our backdrop for professional meetings, a place of refuge, and for some an unhappy place of confinement during extended lockdowns. We have let people in, virtually and emotionally, to this once private domain.

We have visited the doctor, schooled our children or undertaken a yoga class – some of us have made life altering decisions during this period of time…all in our home. The house has been tested for its robustness and adaptability, and as a consequence, many have changed how they ‘see’ the home. The present suggests a more flexible working relationship with our homes, and has highlighted domestic life and labour. Bringing the home on a more even playing field with the office especially, but also our civic life - which has existed in these confines.

The over-sized external cladding reminiscent of brick veneer, adorns two faces while a familiar canvas awning bows down to greet us. A tall chimney elongates even further the uncanny form. A single hue abstracts these silhouettes. Atop the chimney, homage to the public clock – once adorning every public square, its neon characters declaring numerals 24/7; a nod to time spent, and the expanded uses our homes have been adapted for. 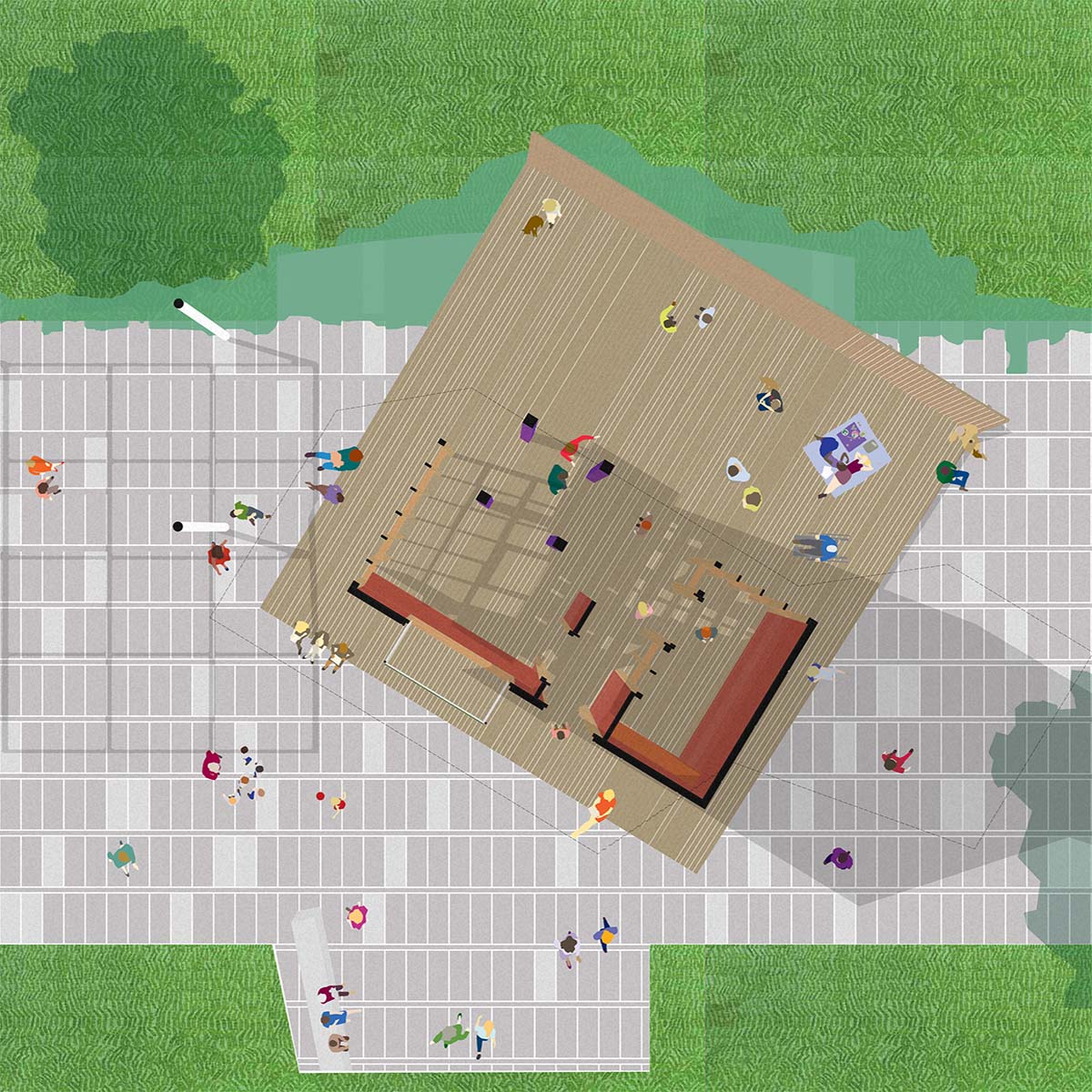 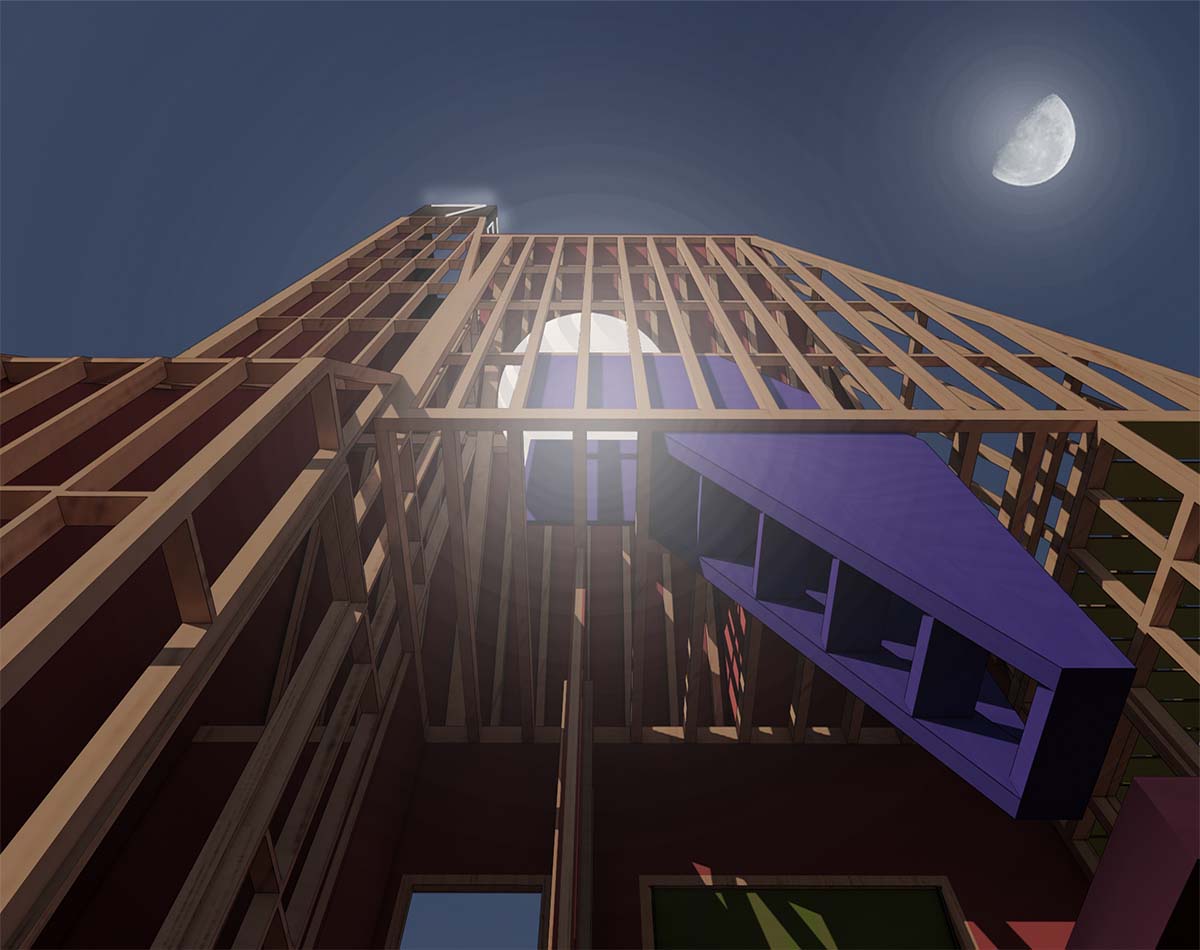