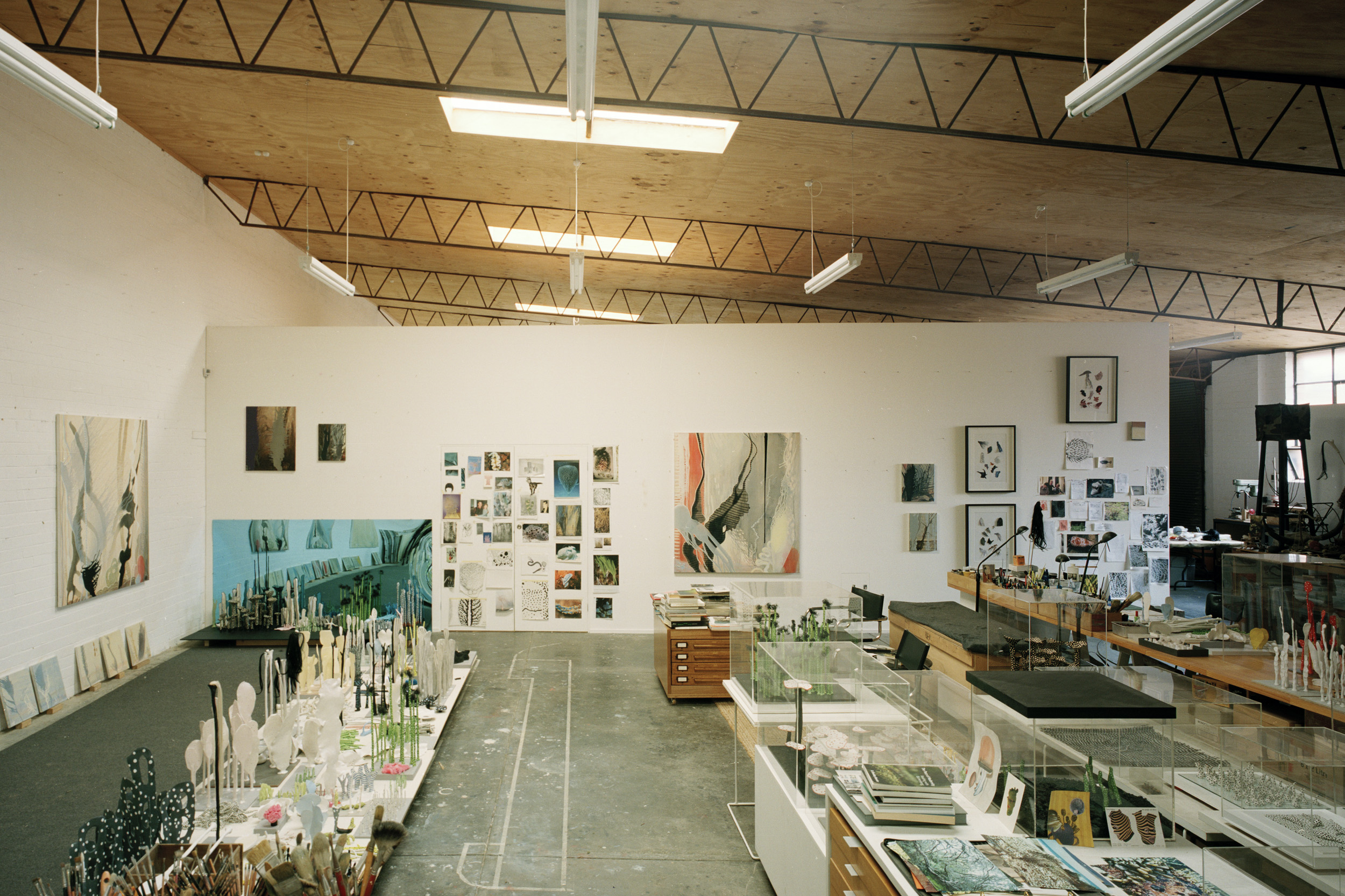 The Ngaruk-Willam clan of the Boon Wurrung people, part of the Kulin Nation

The empty shell of the previously uninhabited warehouse, while beautiful in its vastness, was not suitable for the working habits of two visual artists that required a balance of privacy and seclusion as well as spaces they could relate and converse in.

Each had their own preferences for light, sound, wall space and location within the shell. We began the design process with a simple grid layout of perpendicular walls of varying heights to capture space, but also to allow views across the ceiling from one space to another to reflect the original buildings impressive volume. This first stage carved out of the space a central storage area and kitchen, leaving two studio working areas for each artist. Smaller interstitial spaces were then articulated around these main chambers.

The kitchen becoming the main social space for the two artists, the architecture attempts to recede into the general utilitarian nature of the rest of the project with elements echoing the surround context, such as the suspended shelving that aligns with the existing steel-framed window. A large custom timber table is the main feature of the kitchen, utilising reclaimed timbers and a custom steel base. Warm timber tones in the kitchen provide a counterpoint to the necessary volume of white walls throughout the rest of the project.

Access and loading occurs down the side of the building where artist, Vera Möller has planted a collection of native grasses and both native and exotic shrubs and plants. A covered terrace adjoining the warehouse loading door, which can be winched to open fully, creates an extension to the kitchen and studio areas and provides opportunities for enhanced light and ventilation as desired.

The roof was completely replaced and the ceiling lined with timber ply; walls were left as floating elements to allow light to wash over and into all areas of the space. Another counterpoint to the cooler elements of the exposed concrete floor and surrounding white walls.

Familiar yet curious external elements, such as the custom designed security bars, a large oversized side loading gate structure, and small canopy over the front door allow the studio to remain an ubiquitous presence on the streetscape, but providing some intrigue for the careful eye. 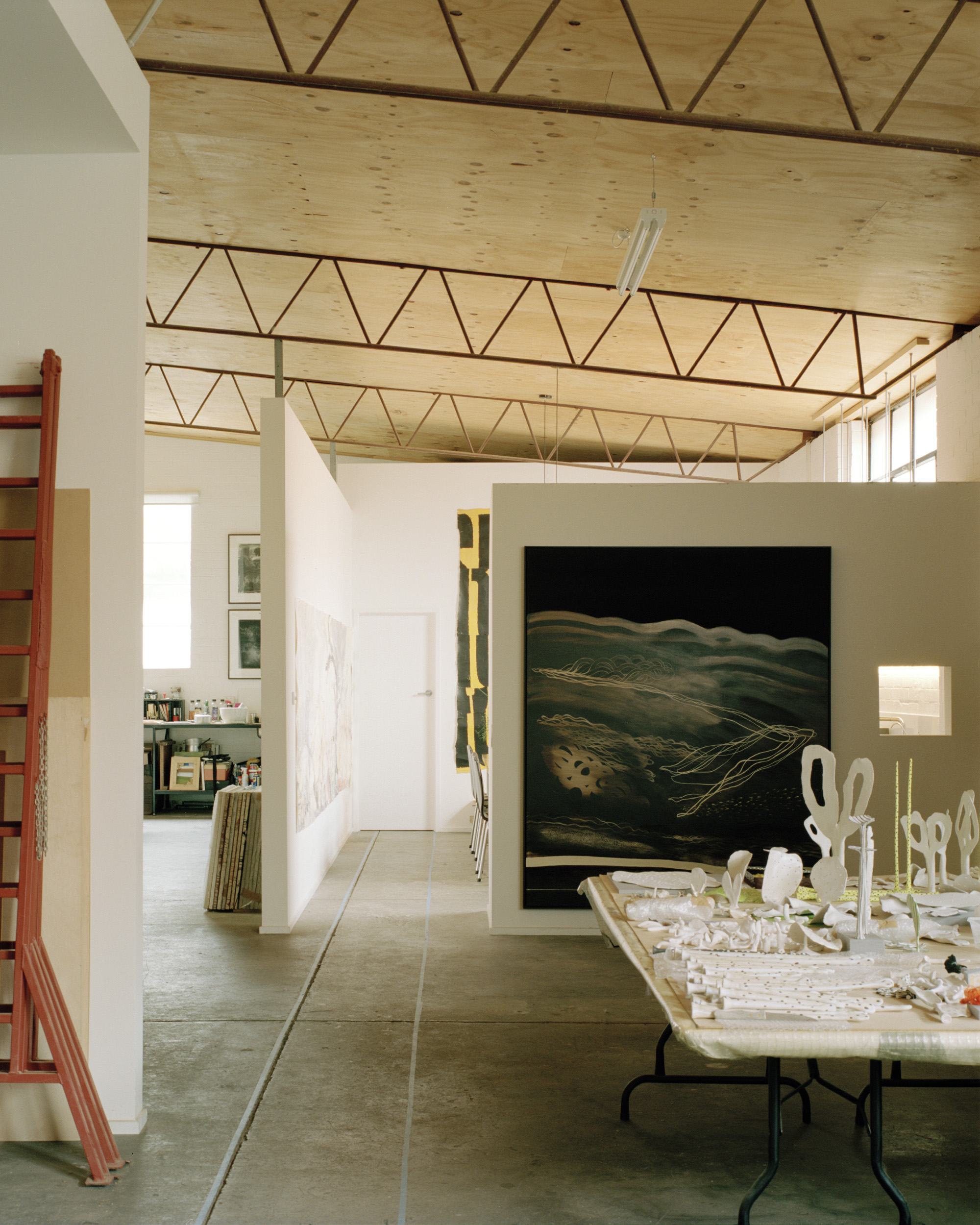 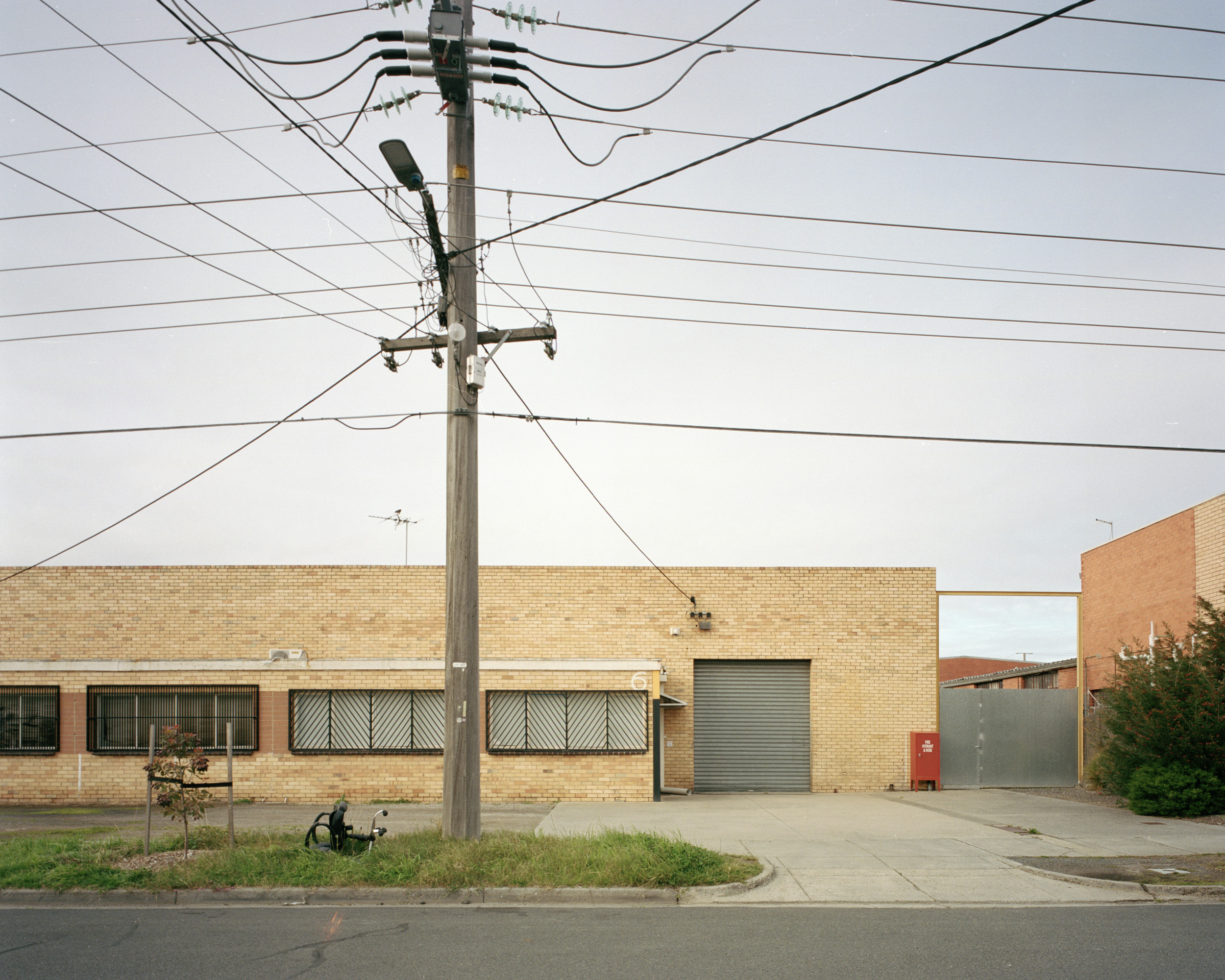 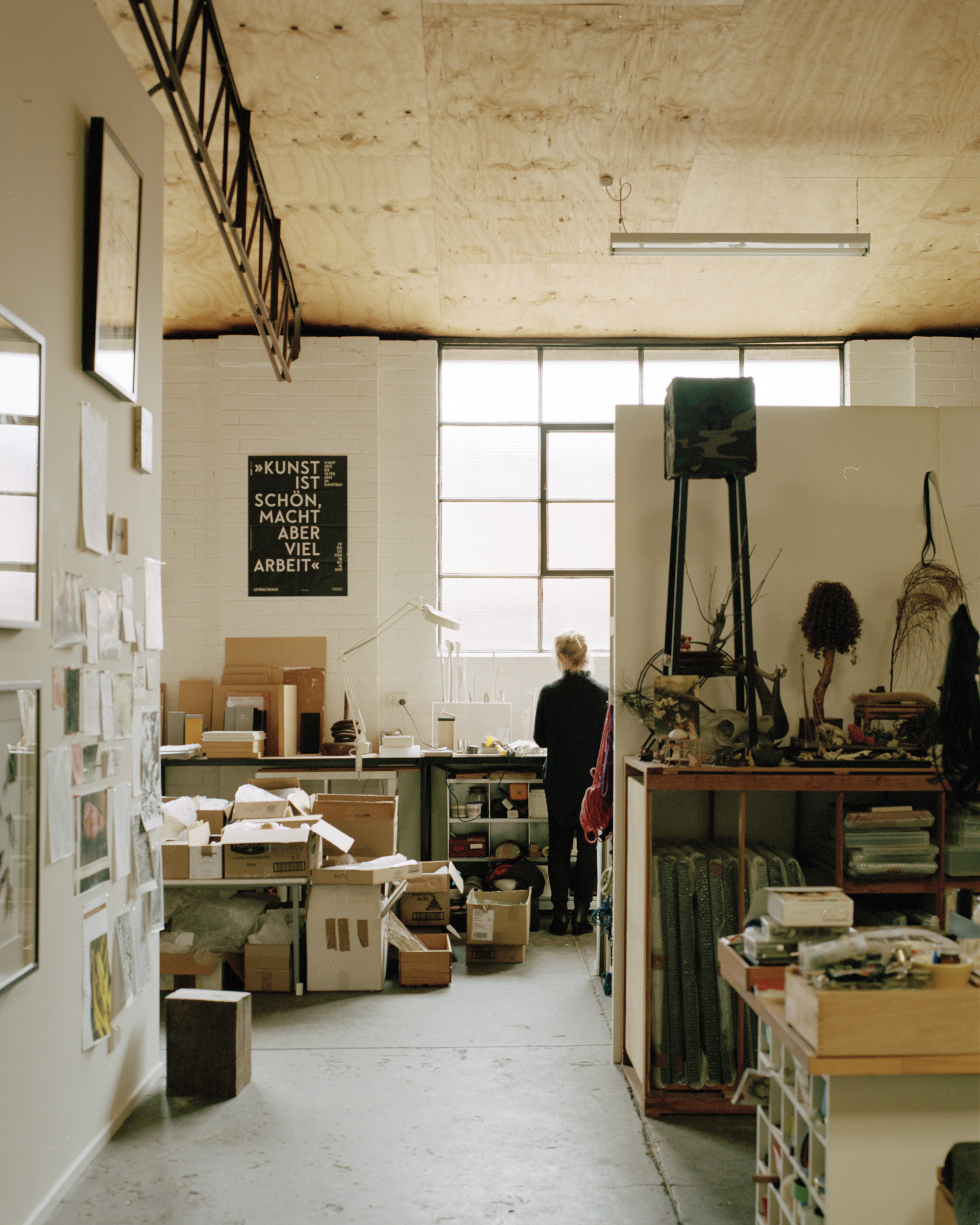 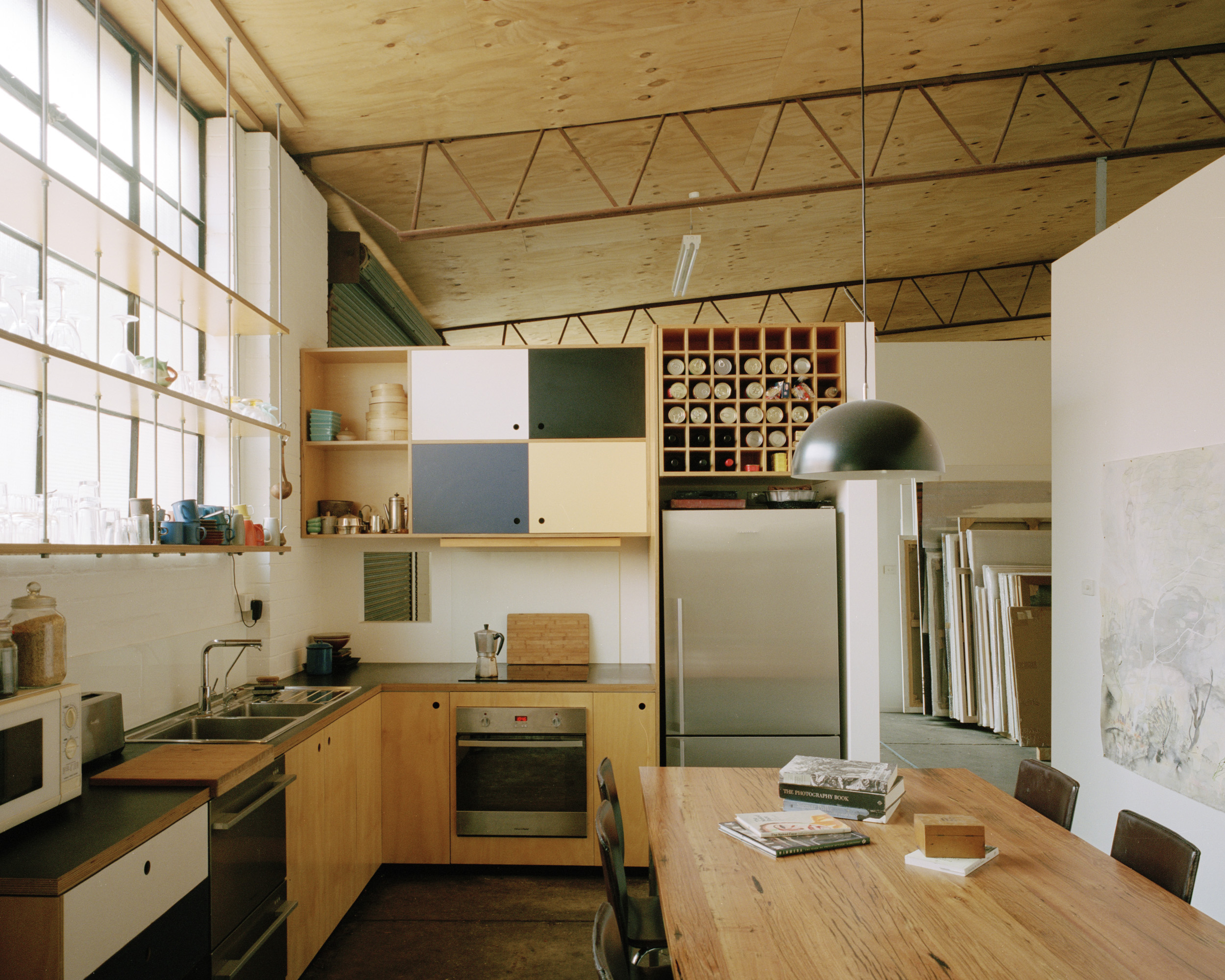 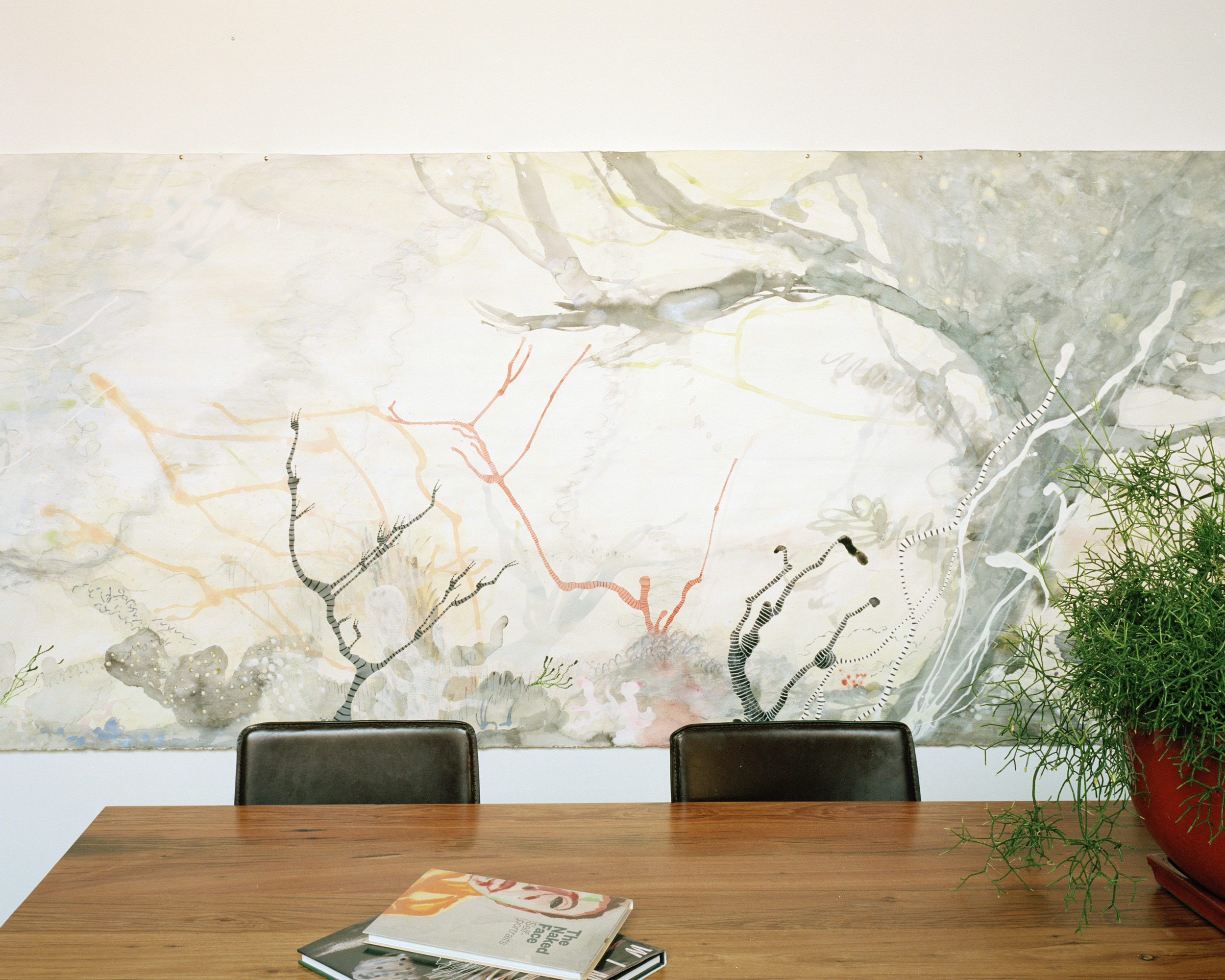 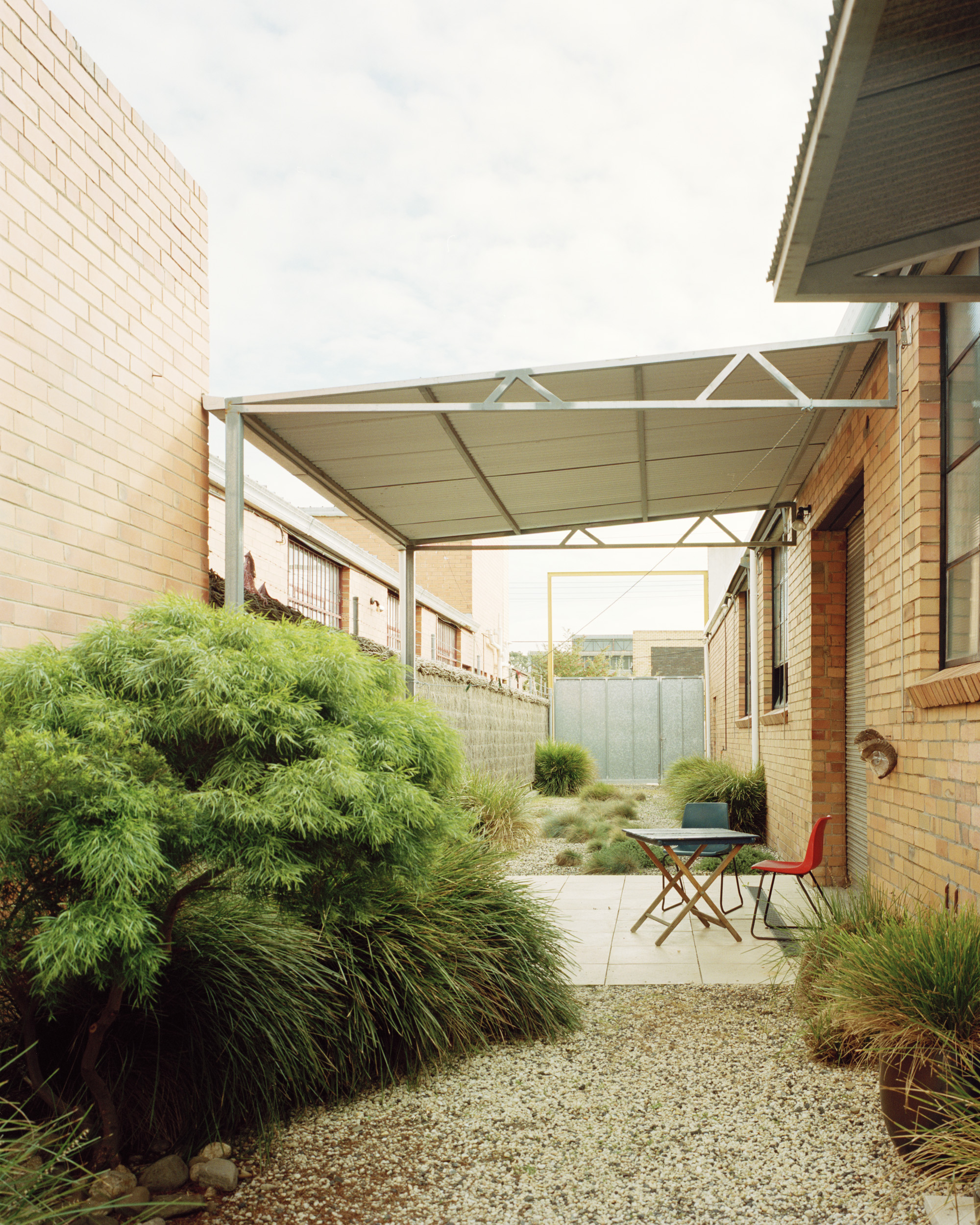 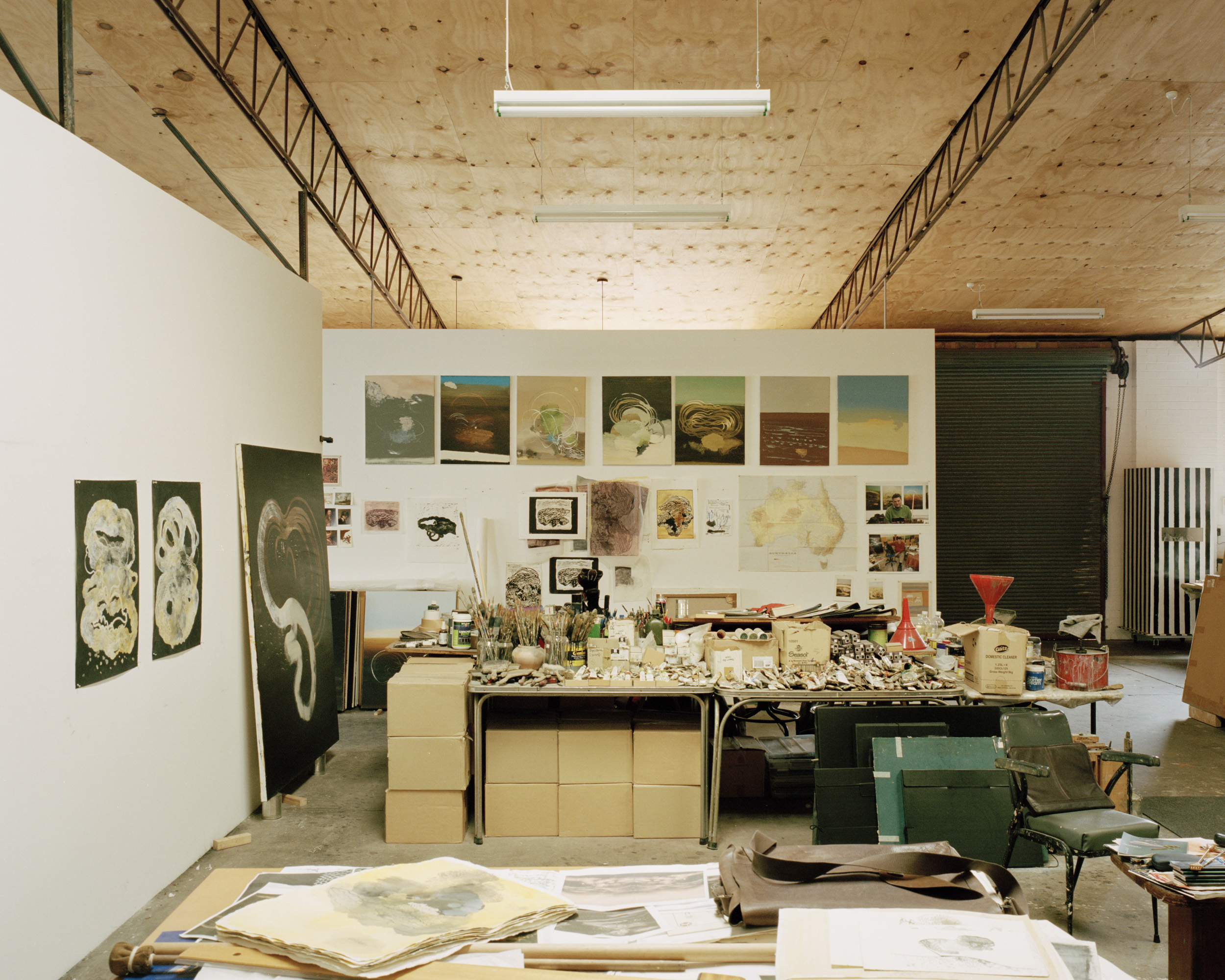 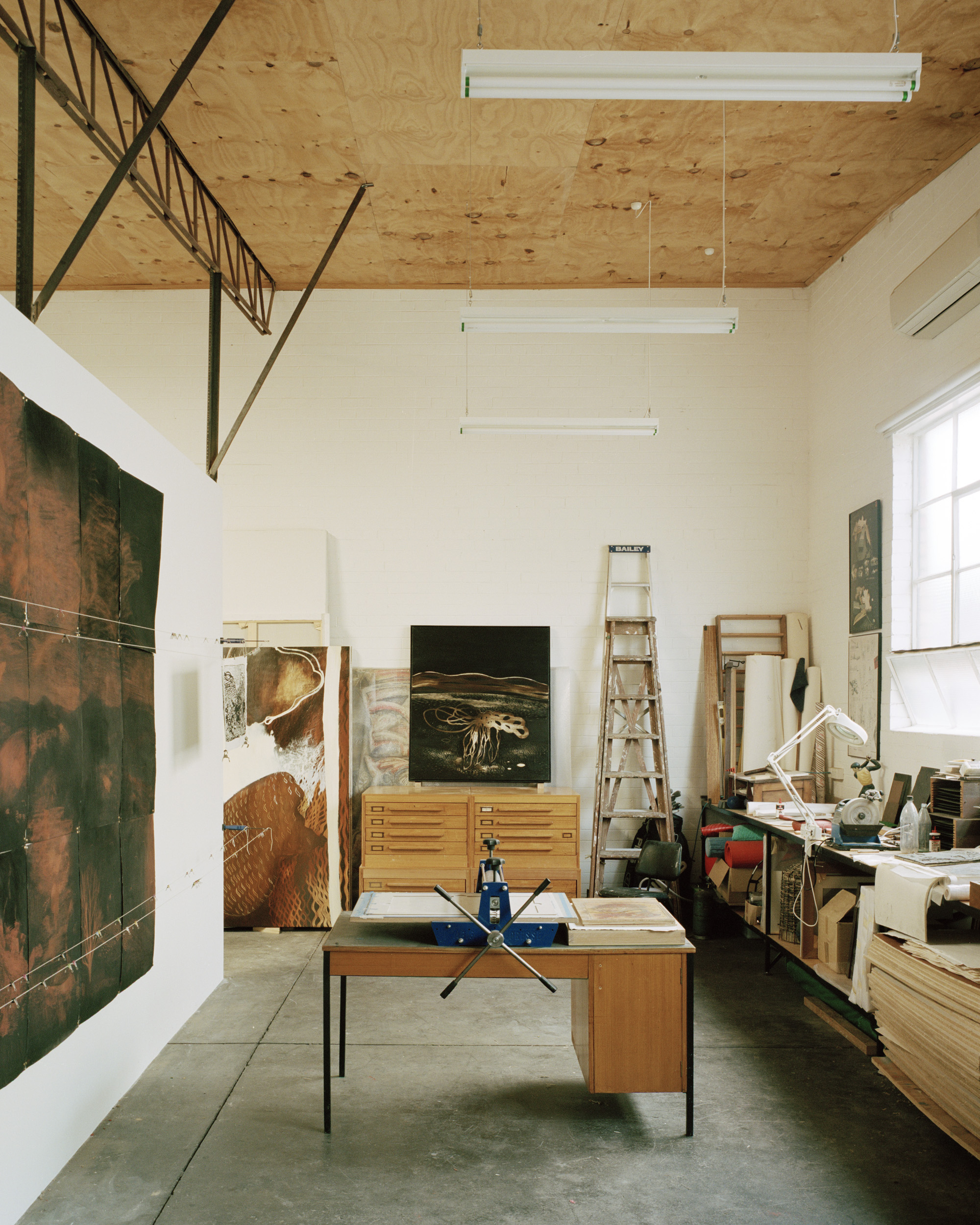 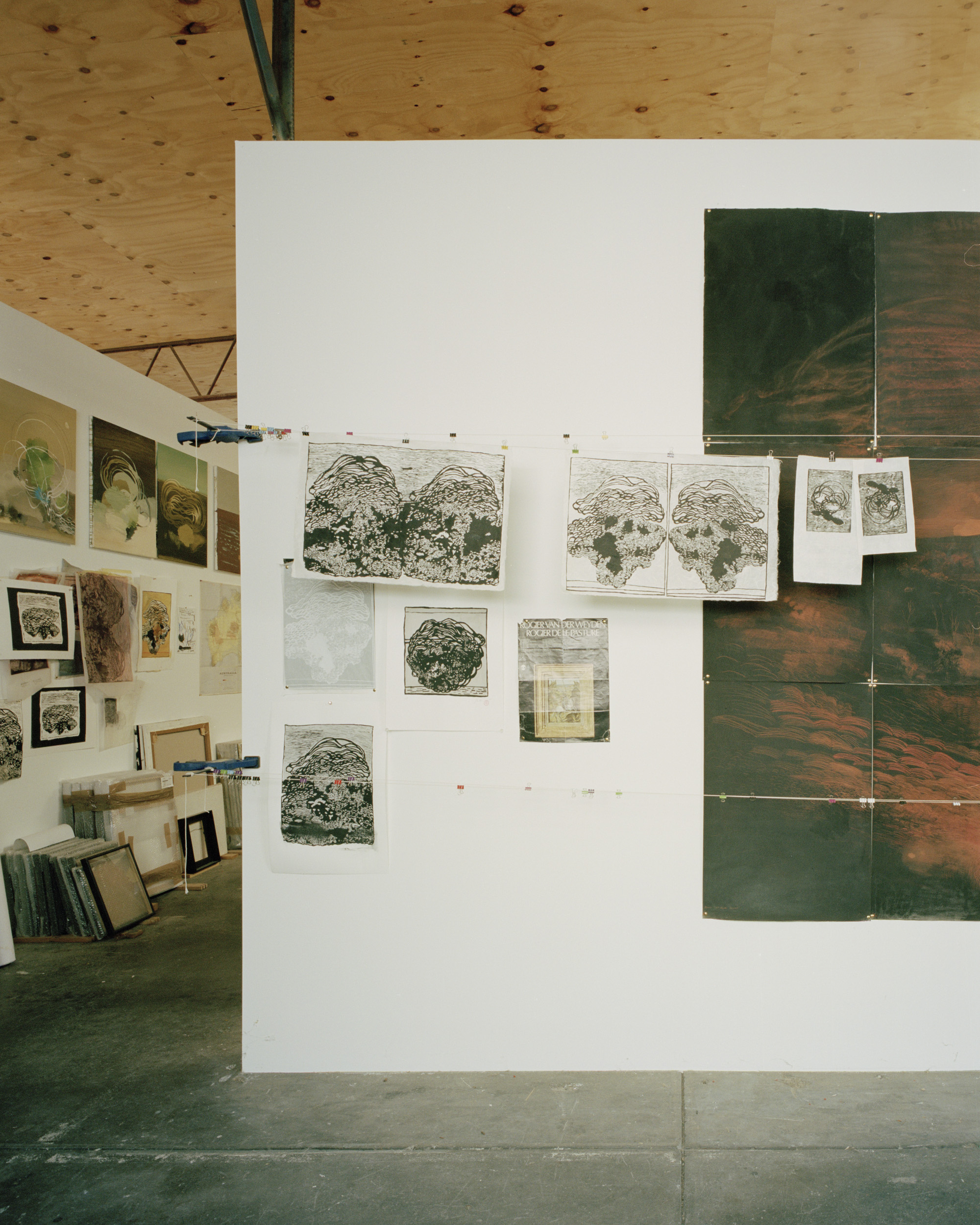