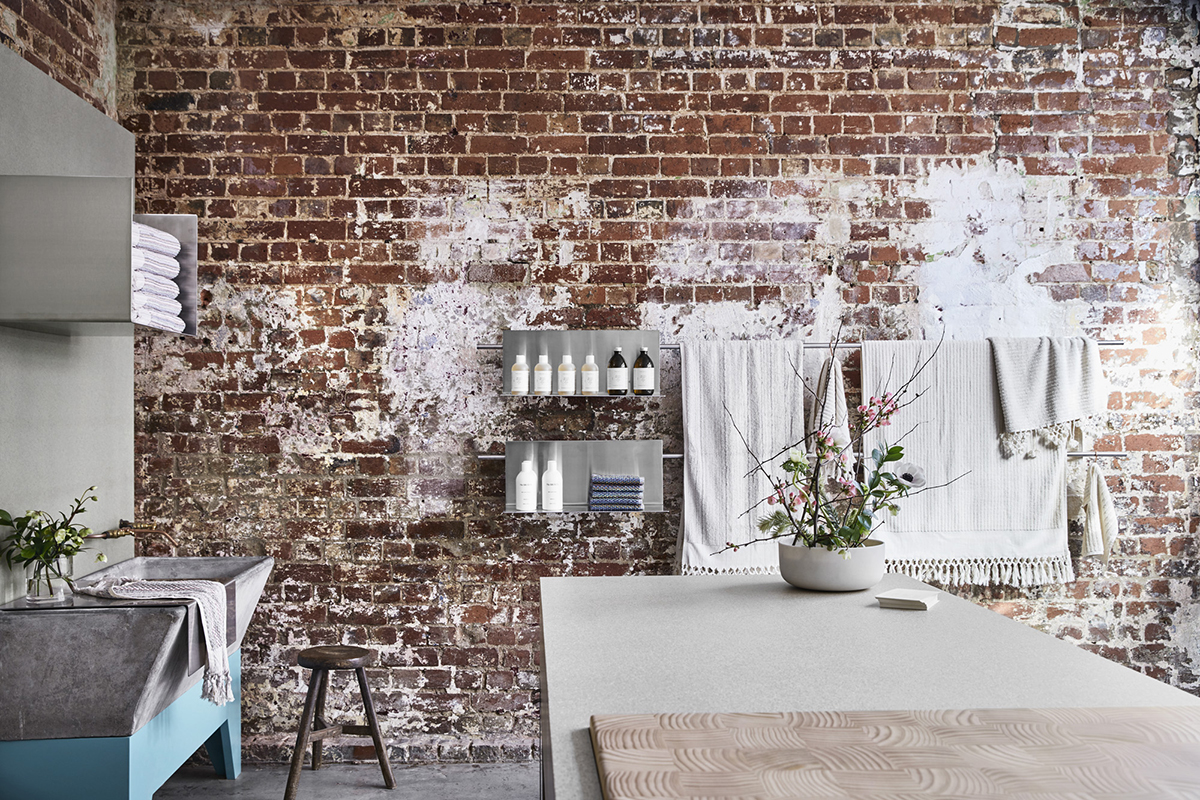 The Boon Wurrung and Wurundjeri people of the Kulin Nation

Kings Arcade is a historic arcade that connects Armadale train station to High Street. Shop 5, along the eastern flank of stores, central to the arcade and the only store to retain its original leadlight clerestory window, is the location of the inaugural Loom Towels Store. The store fitout was conceived as a paired-back contemporary insertion that enables the original sites histories to become more visible. The space accommodates a large and inviting counter, a series of floating display shelves, an industrial sized basin and a place to rest while contemplating the evocative textile designs.

New wall panelling was designed to support the custom shelving system and is set a distance off the walls to appear floating with large Pine vertical structure that barely touches the ground. The panels are coated in a translucent varnish that allows the particleboard grain underneath to feature, reflecting an honest approach to the material properties. The floating nature of new elements are in contrast to the heavy brick walls of the original store; a nod to the oft-transient nature of retail spaces, but also accepting the space as a continuum of past, present and future. There are architectural clues to be found throughout the fitout, revealing the sites history and acknowledging the original occupant - which was in fact, Mr. Gillies, an Englishman who ran a butcher’s shop. The inclusion of a large custom laminated Radiata Pine “butchers block”, which serves as the point of sale location within a central top-heavy counter, stainless steel accent shelves, a wash basin reminiscent of something you might find in the farmer’s paddock and the occasional copper butchers hook supporting a delicate towel are some of the ‘hints’.

The poetic discord of remnants of a butcher’s shop found within a contemporary textile store is exploited and enjoyed, reflecting the client’s own playful approach to design. Bold block colours have been carefully selected to juxtaposition against the raw textures of the historic site and indeed of the textiles found within. This pairing of old and new continues throughout the design with stainless steel highlights, refined edges and contemporary fittings and fixtures. 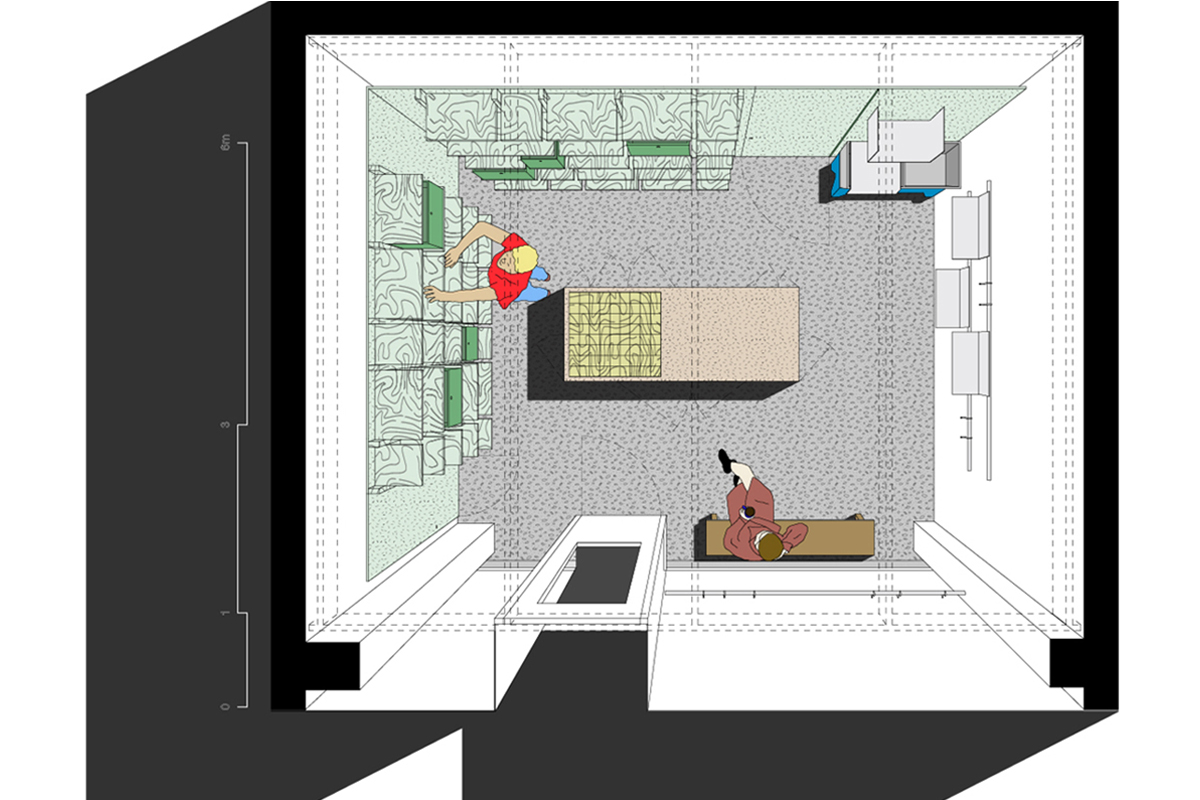 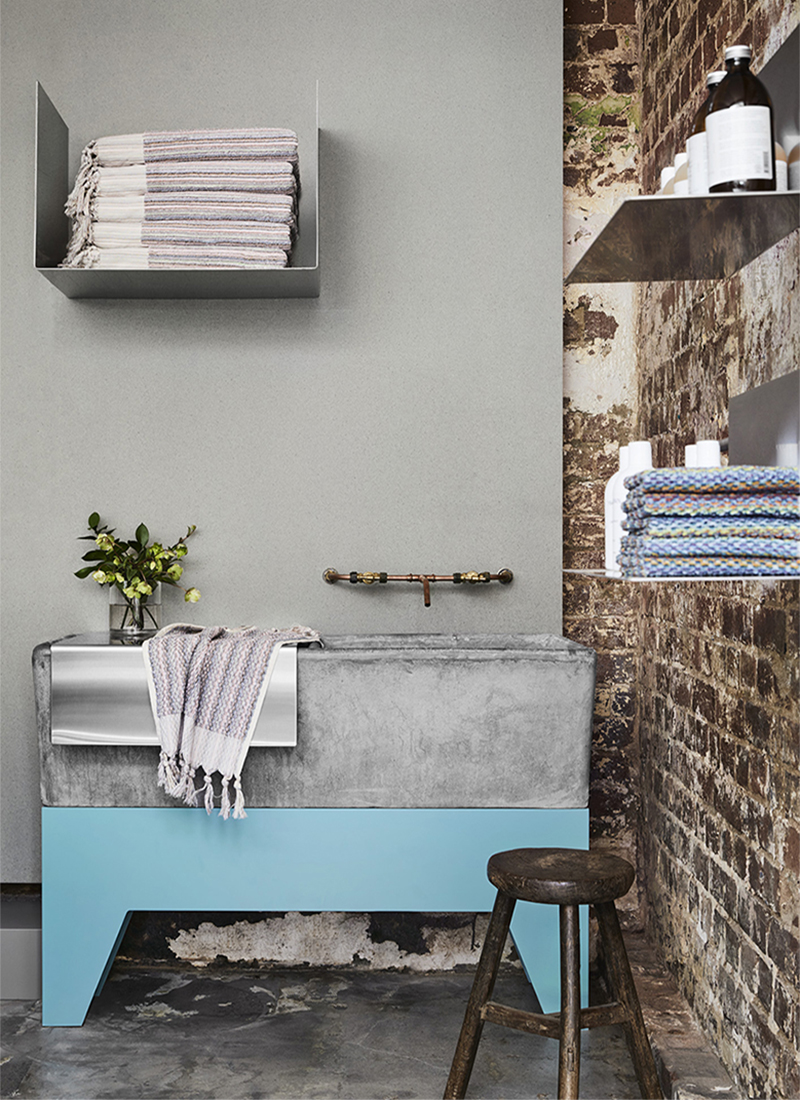 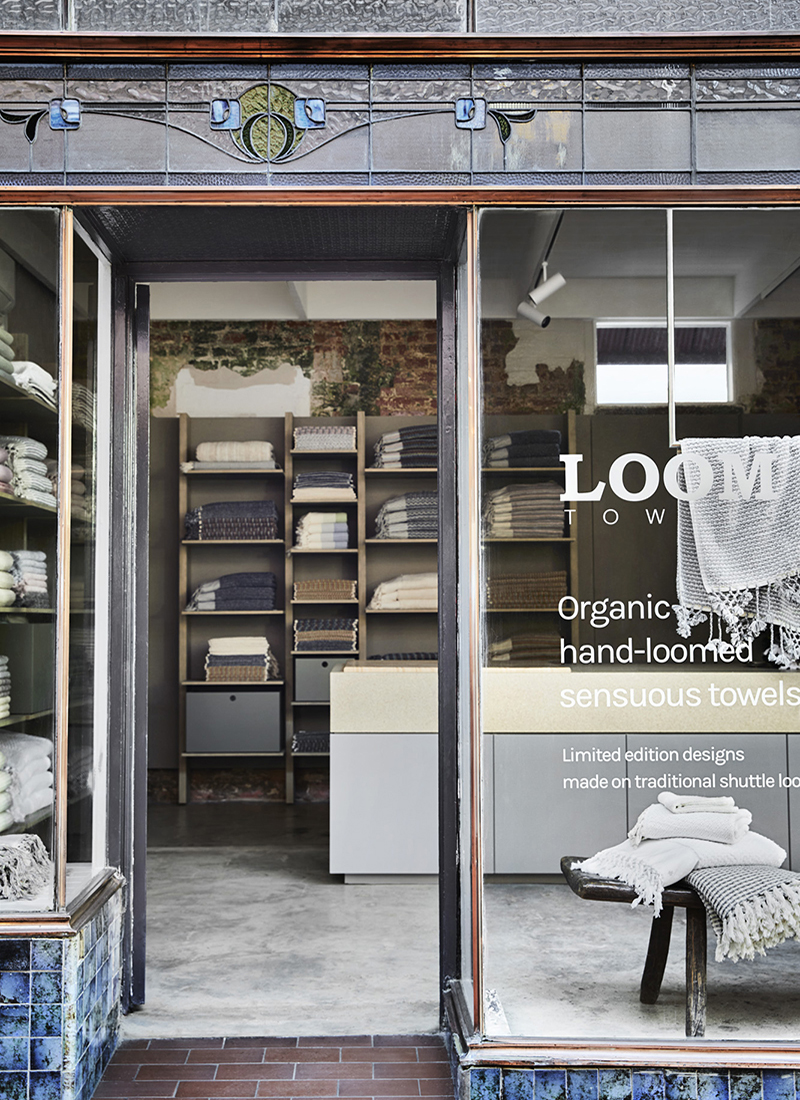